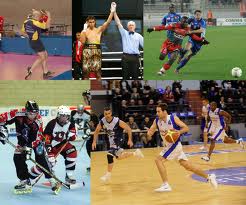 Neyveli Lignite Corporation runs a Sports Club Board in order to uphold sport activities in the township. The NLC Sports has conducted many sports activities all over the year for the school students and NLC personnel. The NLC Sports department also organizes summer camps for the students and encourages them to participate in events that they are interested.

Besides the playgrounds in schools, the Neyveli Township has a good stadium called Bharathi Outdoor Stadium, where main events are conducted. The common sports played in the stadium include the below mentioned ones:

Popular events hosted by the Bharathi Sports Stadium include the following:

The Lignite City Club formerly called Park Club started providing services to the employees of NLC initially and now it extends to the public as well. In the recent past, the club has witnessed exceptional growth due to the abundant support and investment of NLC. The club not only provides the entertainment requirements of its members and their families, but also strives to sharpen the sports interest of the children by conducting classes to train them in Badminton, Table Tennis and Tennis.

It is a common sight for one to see people of all age groups playing a variety of sports activities such as volleyball, hockey, football, basketball, badminton and many indoor games and practice swimming, karate and others at the club. The Lignite City Club has two classy synthetic courts for its members to practice.

Facilities at the Lignite City Club

The Lignite City Club managed by the NLC provides the following services to its members:

In the township of Neyveli, there is a fine golf course with nine holes spread over an area of 45 acres approximately. This golf course provides room to national level tournaments that are held once in every year besides the inter club tournaments. The golf course was created in the year 1989 by the former Chairman of NLC, Mr. Mahibsingh.