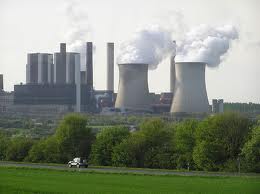 Located in the Cuddalore District of Tamil Nadu, Neyveli is a very popular mining station in India. The Neyveli Lignite Corporation (NLC) is the main work source and junction of Cuddalore district.

The history of Neyveli dates back to the 1930s. There were several small villages in and around Cuddalore District and Neyveli was one among them. The major occupation of Neyveli residents were agriculture and fishing. Neyveli village remained as a wasteland, where majority of the area was covered with jack fruit and cashew trees. Jambulingam Mudaliar who was an occupant of Vayapattu village (near Nellikuppam) owned about 600 acres of property covering Cuddalore, Virudhachalam, Neyveli and Mandarakuppam. So he decided to make use of his property by doing agriculture and making them into cultivable lands. It was actually a dry uncultivated land at first when he bought the property. He started the process by building a bore well. But to his surprise there was water bed available only at a very low depth. The farmers started the cultivation immediately after the water facility was provided. They found some unusual particles, black brown in color that is mixed with water. They did not know what exactly it was, what they would put that aside and started to cultivate the land. Jambulingam Mudaliar came to know about this incident and he doubted it to be a fuel that is of great importance. He was the only educated scholar to make a note of this. He informed the British governor about the presence of black brown particles in his property. He also supported to build an industry by means of this fuel. But his attempts and voice of support went vain as the British Government did not take any immediate action.  They did not show any importance and just ignored the rich lignite property. 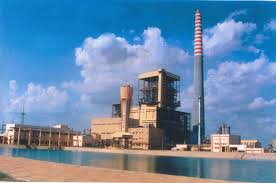 The lignite property remained useless for a long time. In 1943, the British government decided to build bore wells in Neyveli and it was executed. Between the periods of 1943 – 1943, there were about 33 bore wells put up, which the possibility of lignite particle was confirmed. At last the lignite mine was started in the year 1953. The lignite excavated out from this property was found to be the first class variety of lignite.

Later in 1956, the Central Government of India started the Neyveli Lignite Corporation (NLC) that became a huge success and Neyveli became a high profitable property. India signed a Memorandum of Understanding (MOU) with Germany to quarry the first mine of around 14 square kilometres. NLC became a great open cast mine in the country.

Pandit Jawaharlal Nehru was the Prime Minister during that period and he dedicated the mine to the country on May 20, 1957.  Lignite was exhumed out in 1962.

During the same year the president of India Dr. Radhakrishnan with the aid of USSR started the first thermal power station in Neyveli.   Thereafter the small Neyveli village became India’s popular township suppling thermal power of more than 2500 MW.

The rich deposit of lignite buried down the Earth made a usual wasteland to a famous township in Tamil Nadu. Now Neyveli Township is open for lot of employment opportunities. People from different states and places migrate to Neyveli to serve the NLC.